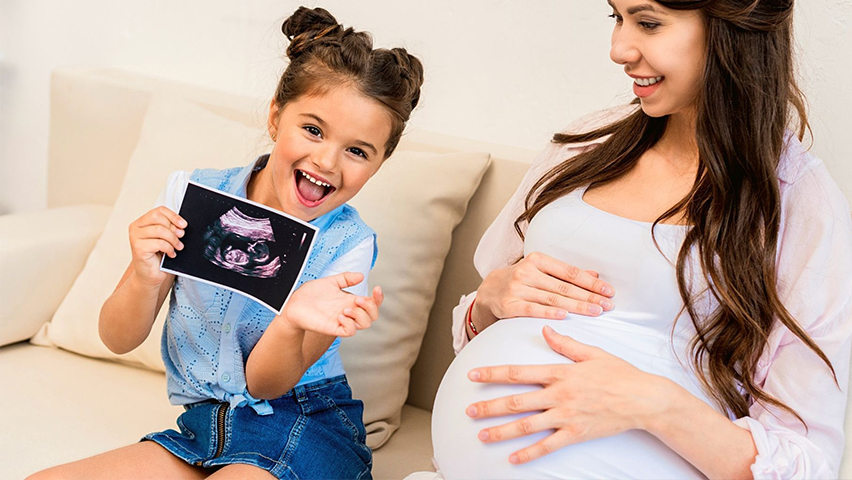 Ectopic pregnancy: what it is, symptoms and treatment

Ectopic pregnancy is defined as one that is implanted outside the woman's womb or uterus, generally and more frequently taking the fallopian tubes as the place of gestation. The fertilized egg finds it difficult to move from the tube to the uterus, so it stays and grows in that place. It can be because of some abnormalities in the tube.

Ectopic pregnancies are estimated to have an incidence of two percent in all pregnancies, which has been on the rise in recent years.

How to diagnose an ectopic pregnancy

Among the most common ways to diagnose an ectopic pregnancy, we have blood tests and ultrasound, just as if it were a common pregnancy. To increase the chances of success during the diagnosis, the intervention of the specialist doctor is essential.

Symptoms of an Ectopic Pregnancy

Women need to know the symptoms of an ectopic pregnancy, which is the only way to identify the signs and act in time. In these cases, the common symptoms of the early stages of a normal pregnancy occur.

Symptoms usually vary between few symptoms and those serious that derive from an acute abdomen in abdominal bleeding phases.

During the first days of ectopic pregnancy, the most common symptoms are:

If the ectopic pregnancy has evolved enough to cause the fallopian tube to rupture, this means that the woman is suffering from severe internal bleeding and is in serious danger. The most common symptoms at this stage are:

Multiple risk factors increase the chances of an ectopic pregnancy exponentially. We list several of them below:

Treatment for an ectopic pregnancy

When an ectopic pregnancy occurs, there is a real possibility that the patient will die if it is not treated promptly. The pregnancy cannot be prolonged any longer once it is properly diagnosed, and there are the necessary tests to be completely sure of the case.

The treatment used will always depend on the state of the ectopic pregnancy. When the embryo is a small size, it is possible to treat the case with medical or surgical treatment. Medical approach uses methotrexate responsible for interrupting the pregnancy soon after being injected into the bloodstream. In this case, the embryo is reabsorbed by the body.

In the event of the embryo having a very large size, surgery is required. the type of surgery performed will also depend on the stage of the embryo.

If it is small, laparoscopic surgery can be done, which is a less invasive procedure. Through this type of surgery, the medical professional will be fully able to remove the embryo and tissues without causing further damage to the tube.

If the embryo is of considerable size and has ruptured the tube, immediate intervention will be needed to improve the patient's condition and then undergo laparoscopic or open surgery.

It is still possible that an embryo transferred into the uterus as part of IVF treatment can find its way into a fallopian tube and cause an ectopic pregnancy.

What are the Chances of Recurrence?

Chances of ectopic pregnancy in terms of repeat pregnancy.

The condition is life-threatening. You need medical supervision by a specialized gynecologist.

This medical treatment is in injectable form. When the injection is given, the pregnancy hormone's blood levels, that is, beta HCG (Beta human chorionic gonadotropin), will be monitored until they come in the normal range.

After getting the injection, proper monitoring and care are important as complete pregnancy resolution may take a longer time. Even after taking medical injections in some percentage of patients, surgical interventions are required.

There can be two surgery options that the doctor can decide based on your condition and his/her level of expertise:

In case of repeated ectopic pregnancy, tubal removal is a better option.

Once you have an ectopic pregnancy, the chance to have it again is there, so whenever you become pregnant, you must get an early ultrasound to confirm whether the pregnancy is ectopic or inside the uterus.

We can do IVF treatment to reduce the chance of ectopic pregnancy because ectopic mostly happens because of some kind of damage inside the tube, particularly if it is a spontaneous pregnancy without any treatment.

If we go with the IVF treatment, the role of the tube is not there. We are doing the fertilization inside the laboratory, and then after creating these embryos, we'll transfer these embryos back inside the uterus only.

So the chance of getting an ectopic pregnancy is greatly reduced. However, it is not zero because the embryos can travel back inside the tube after embryo transfer inside the uterus.

Do and don't for fertility